Here are some of my favorite images. This is the first edition of my calendar. I hope you enjoy them! All images shown here are sized at 2x3 for optimum printing for the calendar and may be ordered in other sizes. All images are the property of HV3 Images, 2015-2018.
I have selected PrintingCenter USA for all my calendar printing needs. Their customer service and quality is unsurpassed! I highly recommend them! You can take a look for yourself at:
https://www.printingcenterusa.com/printing/calendar-printing
Read More 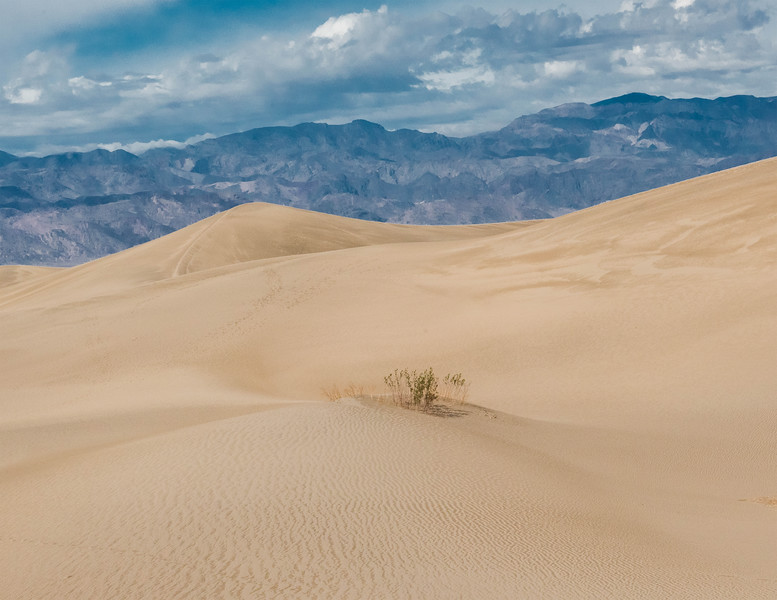 The Mesquite Flat Sand Dunes are at the northern end of the valley floor and are nearly surrounded by mountains on all sides. Due to their easy access from the road and the overall proximity of Death Valley to Hollywood, these dunes have been used to film sand dune scenes for several movies including films in the Star Wars series. The largest dune is called Star Dune and is relatively stable and stationary because it is at a point where the various winds that shape the dunes converge. The depth of the sand at its crest is 130–140 feet (40–43 m) but this is small compared to other dunes in the area that have sand depths of up to 600–700 feet (180–210 m) deep.

The primary source of the dune sands is probably the Cottonwood Mountains which lie to the north and northwest. The tiny grains of quartz and feldspar that form the sinuous sculptures that make up this dune field began as much larger pieces of solid rock.

In between many of the dunes are stands of creosote bush and some mesquite on the sand and on dried mud, which used to cover this part of the valley before the dunes intruded (mesquite was the dominant plant here before the sand dunes but creosote does much better in the sand dune conditions).

This image is sized at 2x3